An early photograph of Henry John Scale taken in 1912

The early years of Scale sometimes known as "Harry" a seamen of many years arriving in Liverpool in 1905.

Liverpool at that time was the centre of trade and commerce in the heyday of the British Empire, and one of the busiest ports in the country. 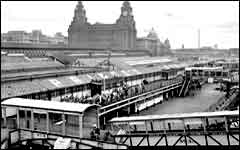 Henry had travelled the world extensively, crossing the Atlantic at least 126 times. Liverpool was a vibrant key port for trade and immigration to and from the New World, a lucrative venture for the expanding lines. The Cunard line for example was the first of several companies to run regular steam services across the Atlantic from Liverpool in 1840 and this continued right through to the 1930's. This may well have been where Henry learnt his engineering skills, for it is thought that he may have been a ships engineer, but this is not as yet certain. These liners carried passengers, mail and general cargo to the east coast of the United States and back.

Henry also tells us that he sailed to Australia and many ports and countries in the Far East, so he was certainly a well travelled young man by that time.

So when he arrived in Liverpool in 1905 it may well have been with the intention to bring his sailing days to an end.

Writing many years later to his friend Harold Karslake, Henry takes up our story and tells of the time when leaving the docks he notices in a shop window a motorcycle, the make was an "Allday" it had a 2˝ h.p. engine, and a price tag of Ł25.0s.0d. which is approximately Ł2,393.50 in today's money (2012)

(Alldays 1898-1916 Pneumatic Engineering Company Ltd  Matchless Works Birmingham after the Great War Alldays were marketed by the Enfield company under the name Enfield-Alldays, making both cars and motorcycles.)

After purchasing  it, and apparently nothing else being required except to register it, (no tax and insurance needed) Henry rode the motorcycle back to his home town in Manchester, quite a long distance considering the condition of the roads in those days.

The registration number of his new motorcycle was "K 1167"; could either the machine or the number survived, who knows?

The following year he began to build his own motorcycles in a small way.

Most of these early pioneers  would put together their own frames, tanks, and designs etc, fitting in engines and gearboxes from various sources.

It was a general policy with these early pioneers to advertise their products by entering them into various competitions, which were becoming popular with clubs and spectators alike. Henry himself belonging to eight clubs, the aim being if the riders did well their machines would sell well. Very little has changed in almost a century for this is exactly what  motorcycle and car manufactures do today.  They advertise vehicles using  works riders, Grand Prix, super bikes racing, F1 etc, to sell their machines, that in many cases only looks like the road version, whereas in Henry's day what you saw was generally what you got.

Henry always seemed to do well in these fields of the sport as his record shows.

The first of many competitions he rode in was on a 6 h.p. Antoine A.O.I.V.( "Auto operating intake valve", the valve operated  atmospherically, this was a feature of early machines)   These were originally made in Belgium by Antoine from 1903-06, later in United Kingdom as Wilkinson-Antoine who continued to manufacture  motorcycles from 1903 until 1916, when they seemed to concentrated on other products, among other things, razor blades and garden tools.

On the Antoine he won his first competition along with the fastest time of the day, the competition being the Manchester Hill Climb, a good start to a long career in racing, trials, and endurance racing.

He later entered the T.T. at the Isle of Man, in 1910, (T.T.'s began in 1907) riding on a Scale 3˝ h.p. motorcycle, it had fixed gears, belt driven, with 2Ľ tyres this was on the short course, and he didn't finish the race due to mechanical  failure. (Please see our section on the home page under T.T. races.)

This was the only time that Henry both rode and entered a "Scale" motorcycle in a T.T. race, however in 1921 under the name of "New Scale" they entered with various riders and continued to do so until 1924.

In 1914 the very day that the First World War broke out, Henry entered the "Bradford to Brighton-Brighton to Bradford  race," all went well for the majority of the riders until the competitors tried the return run, the Government in their wisdom decided to ration petrol as soon as hostilities broke out, and nobody could get the sufficient fuel to get back.

It is known however that special arrangements were made to get all the riders back safely.

Henry writing many years later informs us that the hardest race that he ever undertook was a race from London to Edinburgh, Edinburgh to London, riding a Bradbury 3˝ h.p. motorcycle with sidecar, which he received a  special gold medal along with a pair of golden cufflinks.

Special gold medals were awarded for those competitors that undertook the return leg of the race.

He recalls that including the trip back to Manchester he had travelled over a 1,000 miles.

His grandson today is the proud owner of these cufflinks which are inscribed with the race details.

He continued to race throughout 1914 when he won a gold medal on the London to Land's End and back, fuel at this time must not have been an issue.

In his letter to Harold Karslake he relates what he believed to be his best  performance ever, when with three up, motor bike and sidecar, he climbed "Jenkins Chapel" near Buxton Derbyshire. 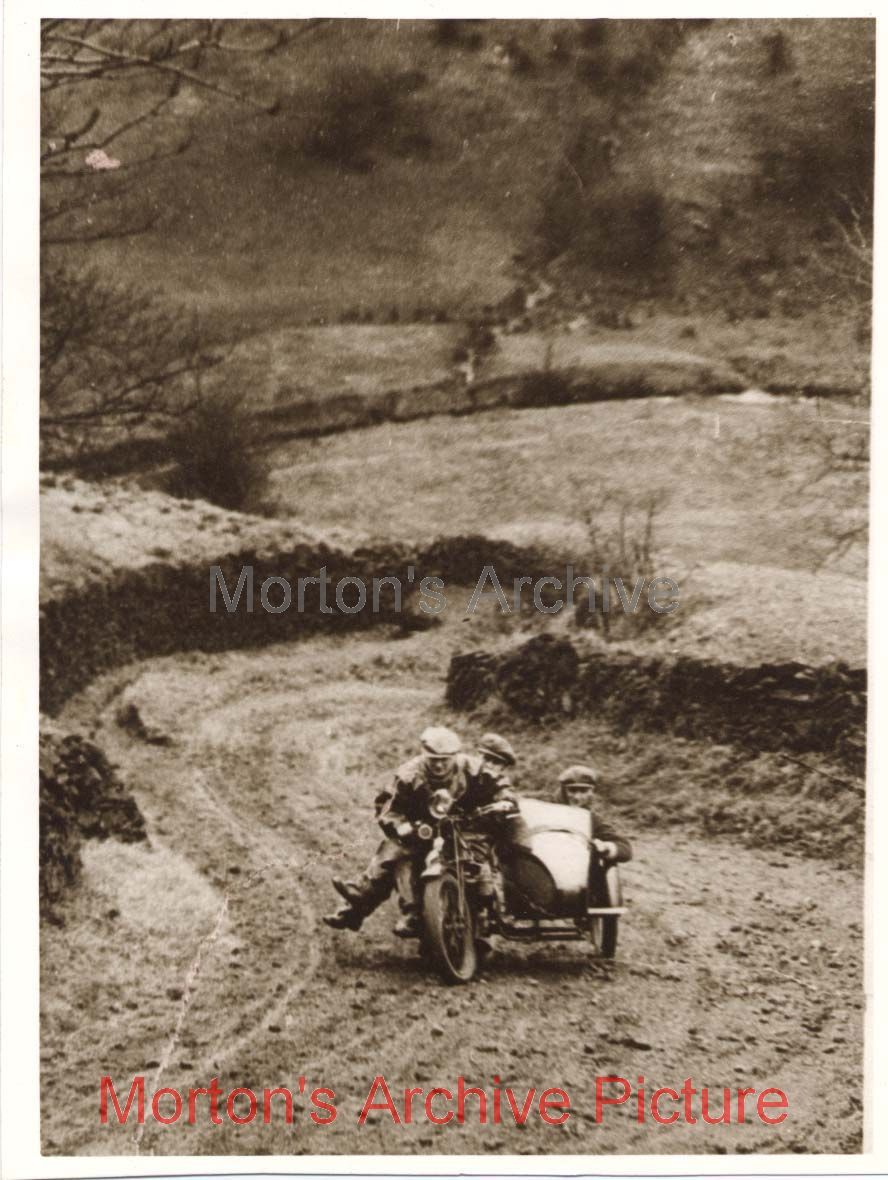 Those that have trekked up this course can attest just how difficult this course was. No doubt with modern motorcycles and sidecars it could be done relatively easy today, but then it was near impossible.  Henry at the time of writing the letter (1951)  understood that it had never been done before or since. It might be interesting to see if permission was given to ride the course once again,  with  modern motorbike and sidecar with three onboard just how well they would do today!

Henry's interest in racing and motorcycle development never left him. At the time when he wrote to his old friend Harold Karslake, Henry was nearly 73 years of age, he closed his letter by saying "that he was past his best, and the sport was better left to the younger ones to carry on" .

Well without a doubt those young ones have carried on where the early pioneers left off, and the sport  has grown from strength to strength in all of it's fields

Well done Henry and all those that pioneered and developed the British Motorcycle Industry which has given us all a sense of pride in their achievements, and  rich inheritance they leave behind for us all to enjoy.